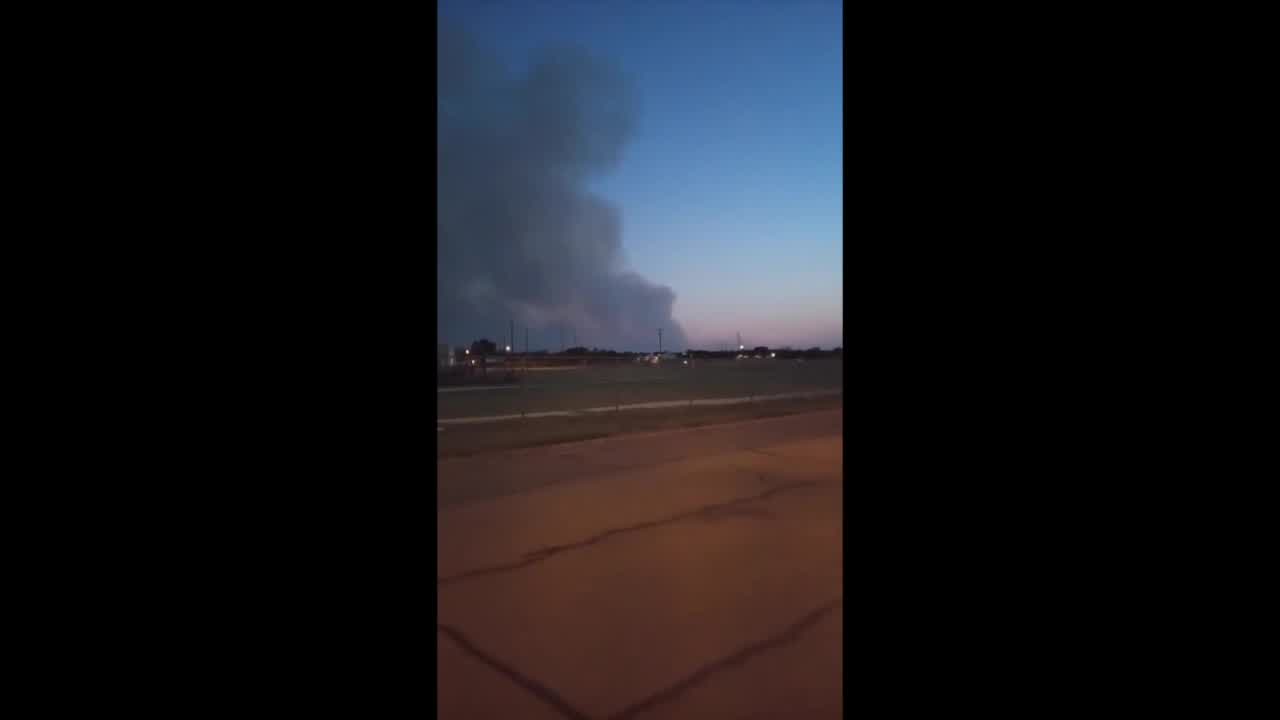 The Mesquite Heat Fire near Buffalo Gap, about 17 miles southwest of Abilene, has burned 5,000 acres in Taylor County since Tuesday. At least 10 houses were destroyed. Parts of US Highway 277 were closed, along with other major roads. Authorities also issued a temporary flight restriction, asking pilots to avoid using planes in the area.

According to the Taylor County Sheriff’s Office, only about 5% of the fire had been brought under control by Wednesday evening.

According to the National Weather Service, low humidity, gusty winds and very hot temperatures are contributing to critical fire conditions in the region. Isolated thunderstorms could also produce gusty and erratic winds, making the fire more difficult to control. Other fires could break out until Friday.

Texas A&M Forest Service responded to nine fires across the state this week. The Coconut Fire in Wilbarger County has burned about 25,000 acres and was 20% contained Thursday morning. The Forest Service said the ongoing wildfires “have the potential to deplete state and local resources.”

Wildfires are becoming more severe and frequent due to human-induced climate change. Record heat and worsening droughts are drying out grasslands and lengthening the fire season. More and more Texans are also moving to areas where wildfires are part of the natural ecology of the landscape.

Average daily minimum and maximum temperatures in Texas have both increased by 2.2 degrees Fahrenheit over the past 125 years, with nearly half the increase since 2000, according to a 2021 report by the state’s climatologist. The state just had its hottest December on record since 1889.

Almost the entire state is considered a drought, according to the US Drought Monitor. About 53% of the state – mostly North and West Texas – is experiencing extreme drought, which means soil moisture is very low, crops are not sprouting, and the risk of fire is raised.

The declaration of a disaster in Taylor County means additional resources may be used for emergency procedures. U.S. Representative Jodey Arrington, R-Lubbock, said in a statement he was monitoring the fire and coordinating with local and state officials, including Gov. Greg Abbott’s office and the Texas Division of Emergency Management. American Electric Power is also working to restore power to the area.

Wildfires are Taylor County’s biggest environmental risk. According to Fire Factor, a real estate risk monitoring tool developed by the First Street Foundation, approximately 91% of properties in the area are at risk of being affected by wildfires within the next 30 years.

More than The Texas Grandstand