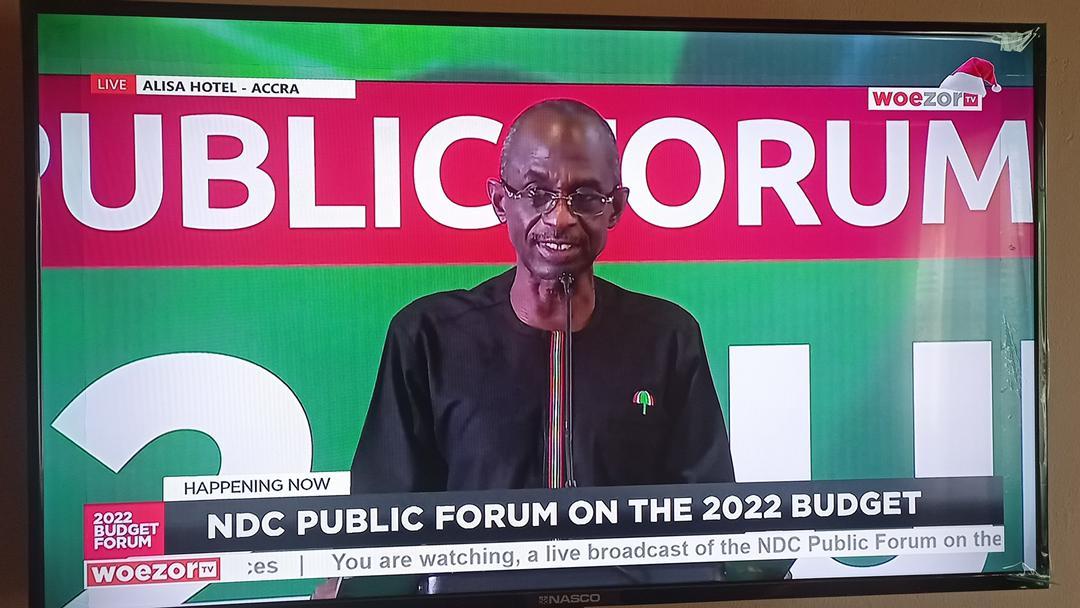 Mr Johnson Asiedu Nketia, General Secretary of the Democratic National Congress (NDC), said the Party was not against taxation despite opposition to the electronic tax on mobile money transactions (MoMo), remittances. funds and bank transfers.

In a public forum organized by the Party on “What the 2022 budget means for you as a Ghanaian”, he said taxes were essential to generate income for the development of the country, but that they should not weigh on the population.

“We are very aware of the type of taxation and how that taxation is implemented, because if you put in place a tax measure that works to place the greatest burden on the people who are already sinking , you are not helping to build a welfare society, ”he said.

“Ever since we started attacking this budget there has been a misconception that NDC is against taxation and the propaganda has even gone so far as to indicate that we are nation destroyers.”

“I want everyone to know that NDC is not against taxation. Indeed, our philosophy is based on taxation; we believe in redistributive justice and taxation is a way to achieve a redistribution of wealth in the country, ”said Mr. Nketia.

Regarding direct debit, he said, “the MoMo tax in this budget is not going to help Ghanaians, especially the most vulnerable who are bearing the problems caused by this COVID-19, which the government has mentioned throughout. presentation of the budget.

“We think he [e-levy] will instead burden vulnerable people who should be entitled to some protection in these difficult times. When it comes to government spending, we also think of everyone, according to their needs. So when you take the money, to each according to their means; so you distribute to each according to their needs, ”he added.
He said the rationale for the 2022 budget was “wrong” and that the NDC, through the minority group in parliament, would deploy at committee level all legal means to ensure that the interests of Ghanaians are taken into account.

Mr Nketia said: “We are at the stage where we will review the approval or non-approval of the principles of the budget. Whatever happens, we remain firmly committed to our original position. We have agreed with our MPs that boycott is not an option. Thus, we will be present and assume our primary responsibility to empower the “elephant”.

Mr. Haruna Iddrisu, Leader of the Minorities Group in Parliament, said: “We are convinced that the electronic tax can both discourage investment and discourage private sector development in our country.

“We in the minority cannot and will not support the government with the introduction of this particular electronic tax. We are unable to reach a national consensus on this particular issue. “