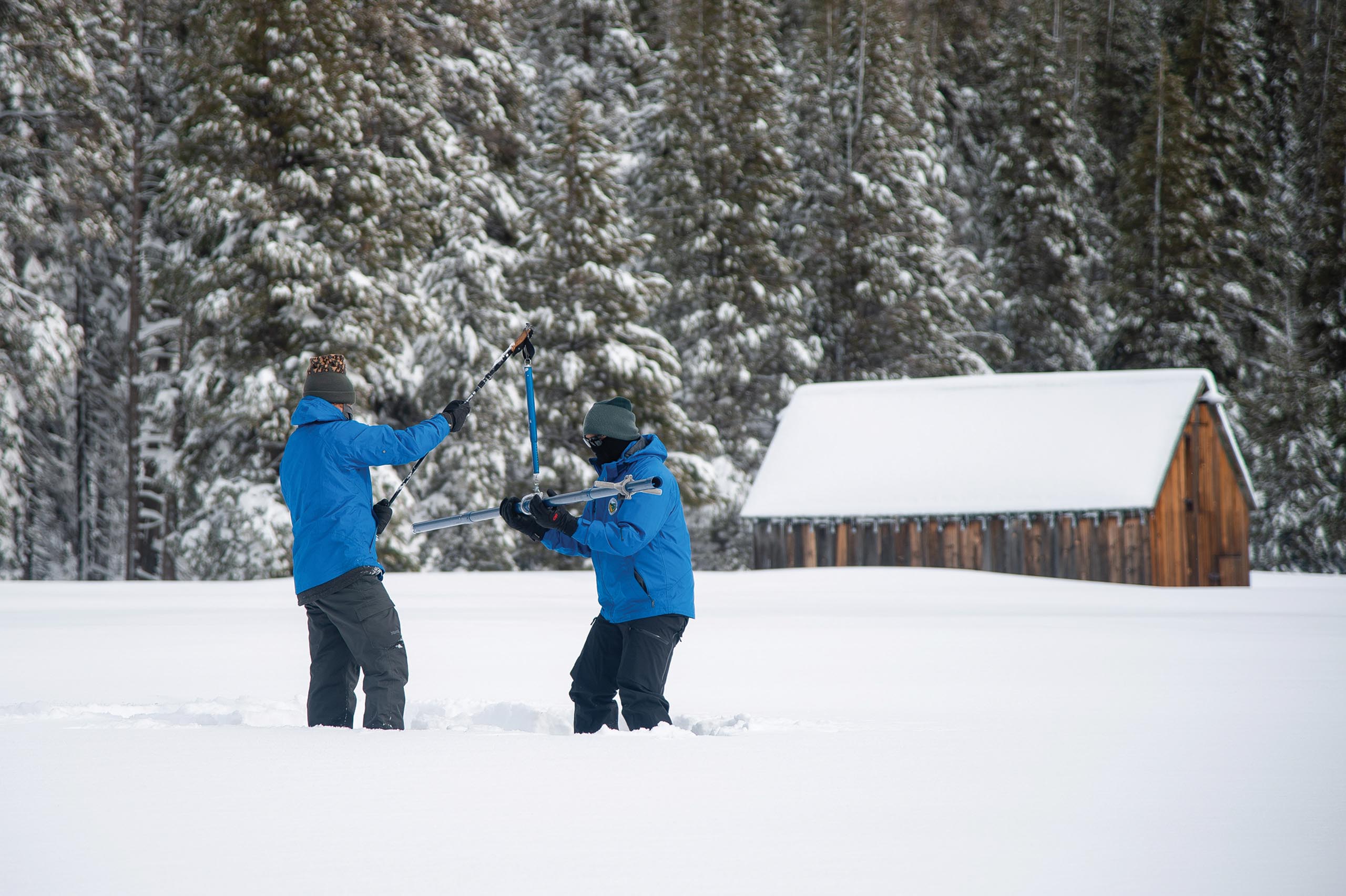 “We couldn’t have asked for a better December in terms of snow and rain in the Sierra,” said Karla Nemeth, director of DWR. “But Californians need to be aware that even these big storms may not fill our major reservoirs over the next few months. We need more storms and average temperatures this winter and spring, and we can’t be sure that will happen. So it is important that we continue to do our part to continue to conserve – we will need that water this summer.

December was the first of three wettest months in the California water year. Heavy precipitation in January and February would be needed to generate enough runoff to compensate for the previous two winters which were the fifth and second driest years on record in California.

On average, the Sierra snowpack provides about 30% of California’s water needs, and the snowpack is an important factor in determining how DWR manages the state’s water resources. Its natural ability to store water is why the Sierra’s snowpack is often referred to as California’s “frozen reservoir”. However, DWR says significant climate change has significantly reduced the snowpack.

“California continues to see signs of climate change with greater oscillations between wet and dry years and even extreme variability over the course of a season. A wet start to the year doesn’t mean this year will end above average once all is said and done, ”said Sean de Guzman, director of the Snow Forecast and Snow Forecasting Unit. DWR water supply.

The department says Californians need only look at last winter and the disappointing runoff from the state’s snowpack due to high temperatures, dry soil and evaporation to remind us that climate change means that ‘It will take more than an average year to recover from the drought.

As spring arrives, the snowpack begins to melt. Water that is not absorbed into the ground, called “runoff”, trickles down into mountain streams, which feed rivers and possibly aqueducts and reservoirs, where it can be stored for use throughout the journey. dry season. Climate change is affecting California’s snowpack as more precipitation falls as rain and less as snow. Excessively dry soils and hot, dry spring temperatures also reduce annual runoff.

Even more DWR sites preceding the wet December months that disappear for the remainder of the season. In 2013, the first snow report gave promising results after a rainy December, similar to this year. However, the following January and February were unusually dry and the year ended as the driest on record, contributing to a record drought.

Going forward, DWR says they are trying to adapt to climate change by investing in partnerships and implementing emerging and proven technologies to improve forecasting of precipitation, seasonal snow cover and runoff to support more efficient water management now and help estimate the impacts of climate change on future flood and drought conditions. Improvements in forecasting and improvements in monitoring increase the reliability of data used to educate water managers about flood risks, allowing more storage in reservoirs to be created before major storms while ensuring reliability of water supply in times of drought or drought.

DWR conducts five media-focused snow surveys at Phillips Station each winter near the first of each January through April and, if necessary, May.