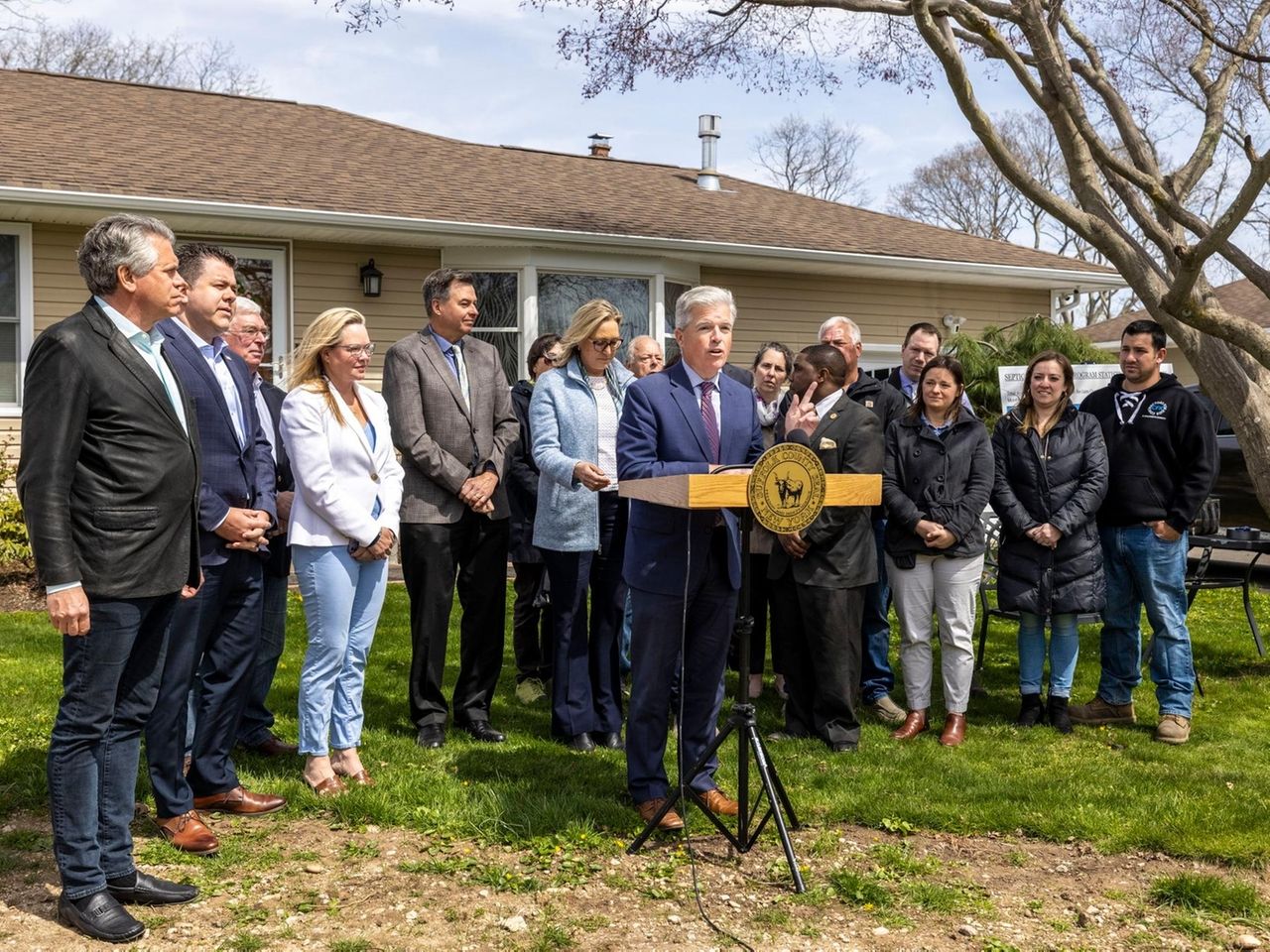 Suffolk County Executive Steve Bellone and other officials on Monday called on the Internal Revenue Service to stop taxing homeowners for county grants to upgrade their septic systems, saying the requirement hampers an environmental program key.

Bellone, joined by environmentalists and county officials on both sides of the aisle on the day the tax returns were due, urged the IRS to reverse a 2020 ruling that made county grants considered a taxable income, even though the owners never receive the grant money directly.

Those companies are responsible for paying taxes on that funding as revenue, county officials said.

“What these owners are facing here today is simply double taxation, and that shouldn’t be happening,” Bellone told a news conference in East Islip.

In a copy of the 2020 ruling obtained by Newsday, the IRS said the money counts as income because owners perform “payment management or oversight functions,” including choosing the contractor used, and grants are not awarded on the basis of need alone.

The grant program, launched in 2017, was part of an effort to encourage homeowners to upgrade their septic systems to reduce nitrogen pollution of groundwater and local waterways.

More than 1,000 septic tanks have been installed under the program and more than 3,200 homeowners have applied for grants ranging from $10,000 to $20,000, county officials said.

County and federal officials continued to pressure the IRS to reverse its decision.

Suffolk officials asked the IRS in October 2020 to reconsider its decision.

The agency declined to rule on the county’s request and closed the county’s case, according to a copy of an IRS letter that county officials provided to Newsday.

The measure, part of President Joe Biden’s Build Back Better bill, passed the House of Representatives but failed to get a vote in the Senate, Suozzi spokesman Dylan Smith said.

Louis and Brittany Castronova, owners of East Islip who upgraded their sump pit in 2020 with county grants, said at the press conference at their home on Monday that they could have used what they paid for in grants. to add household solar panels and save for their children’s college funds.

“We’re here to make the world a better place tomorrow. And when you’re affected by that, it’s kind of upsetting,” said Louis Castronova, a building inspector from Islip Town.

The couple said they don’t know how much tax they paid on the grant income.