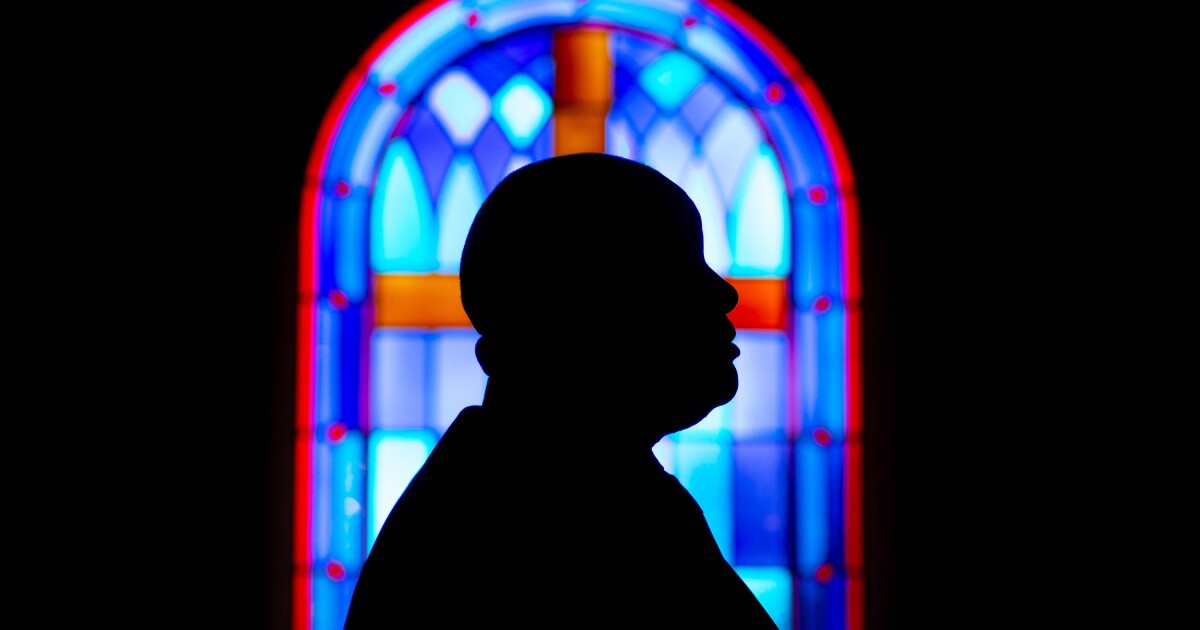 The effects of climate change have become much more evident in recent years, both nationally and in the Saint-Louis region.

“Climate change is not tomorrow, it’s today,” said Maurice Muia, climate adviser at the international environmental group. NRDC and a councilor from Richmond Heights. “We see the effects of this every day. We need to adapt and become more resilient.

What is that looks like practice is still To take shape and requires more sophisticated planning than just planting trees or building renewable energy sources, he said.

“We cannot separate the environment from economic performance or societal benefits,” Muia said. “Because if you say one is more important than the other, then you lose the full benefit to society or a community more specifically.”

Muia understands this concept well as a member of the city council. In many ways, projects aimed at improving the environment in the region will look like economic investments in specific communities, he said.

It becomes more and more complicated due to the long history of racism and divestment in communities of color on both sides of the river, said Charli Cooksey, CEO of WEPOWERwhich she founded to strengthen the economic and political power of black and Latino communities in the Saint-Louis region.

“You can’t talk about environmental injustice and climate change without acknowledging that it’s a racial issue,” she said. “It’s about both racism and capitalism.”

Reverend Rodrick Burton, pastor of New Northside Missionary Baptist Churchrecalls that a non-profit organization approached his church with the idea of ​​managing excess water from heavy downpours with a rainwater collection basin at the nearby community center.

“They were like, ‘We’re going to do the project and then it’s just a little cost for you to support it,'” he explained. “They were just saying how we had to do this.”

But the project would also have eliminated parking at the community center, which was ultimately a deciding factor, Burton said.

“Parents should be able to bring their children to our daycare,” he said. “People in the community needed the programs and resources we had and needed the space to be able to get there so they weren’t on a dangerous street.

the project aligned with some of the values ​​of his Church of North St. Louis, which has been involved in environmental advocacy for nearly a decade, but did not support the community, Burton said.

“It was a situation where they wanted it more than we wanted it,” he said. “In theory, yes, we were for it. But that just wasn’t going to work for us.

Cooksey also has examples of “green projects” that seemed to ignore what local residents really needed. What remains etched in his memory are the cycle paths who suddenly appeared on the main streets like Flourishing West and natural bridge years ago.

These roads experience heavy traffic, which makes them dangerous for cyclists, Cooksey said.

“I always get frustrated when I drive down the main streets of my family’s neighborhood and realize that those bike lanes aren’t designed for residents,” she said. “Not to say that people don’t like bikes.”

One size does not fit all

For her work with WEPOWER, Cooksey asked residents of predominantly black and brown neighborhoods in the area how they define the vitality of a community.

“Constantly, we kept hearing the environment; we kept hearing about green space,” she said. “Residents want to be in a beautiful neighborhood full of greenery and safe places for their children to play.”

Designing physical changes to achieve these goals isn’t difficult, Muia said. The challenge is to ensure that these solutions correspond to the wishes of the inhabitants, he added.

“You can’t consult a book or a standard, because there’s no standard for that,” Muia said. “You have to develop this on the fly and make sure it’s for the long haul.”

This will be different for locations in the St. Louis area, although the environmental challenges are similar. Each region, from urban neighborhoods to rural communities, has specific economic conditions that modify its needs.

“Pollution is so difficult because it’s often invisible,” said Patricia Schuba, president of the Labadee Environmental Organization, a coalition of Labadie residents like her who want tougher rules on the coal-fired power plant. local.

Schuba said the Labadie Energy Center has contaminated the earth and water his neighbors matter, but added that his effect extends far beyond his small rural community in Franklin County, an hour west of St. Louis.

“We are impacting the air pollution of an entire region,” she said. “You could say that part of Labadie’s ‘just transition’ is to address air pollution in the city of Saint-Louis. And I would agree with that.

Schuba wants the chance to decide what happens next, especially since she will have to live with the pollution that will remain in her area after the the plant inevitably shuts down.

“There is an obligation,” she says. “Our community, much like mining communities in Appalachia, paid a price for everyone to have cheap, convenient energy.”

There is no plan for the transition from fossil fuels that both meets environmental goals and helps the communities most affected by their use, Schuba said.

“The new green economy can be as exclusive and as unjust as the old one,” he said. “There must be built-in equity and not lip service. You have to do the legwork and have the humility to listen to people in the community.

That may be easier said than done, especially for places that have languished under a system that reinforces generational poverty, said Zach Chike, a community pastor with City of Joy Fellowship in East St. Louis. He said he and others in the almost all-black city were tired of outsiders who might come up with their own solutions or improvements.

“It really is a perfect scenario for the power to come in and crush the most vulnerable,” Chike said. “The harsh reality of being in black communities is that your voice, for the most part, is historically silenced.”

That view is reinforced by what locals have seen, even from their own elected officials, he said.

“No one is coming to save us. Nobody is going to help,” Chike said. “We’ve spent decades waiting for people to do what they’re supposed to do. And when there’s money involved, it usually doesn’t happen.

Rather, he recommends that his neighbors actively take ownership of their living environment. For Chike, that meant clean up overgrowth and litter from a handful of streets in East St. Louiseven though he was the only one to do so at first.

“The community needs to know that we care about this city,” he said.

Cooksey shares that sentiment, adding that local residents on either side of the Mississippi will have the best knowledge of what their communities need.

“Solutions that come from the community, that have community buy-in will be the most sustainable compared to a company that comes in and does a few projects here or there,” she said. “Good intentions are not enough, but they are a starting point.”

The 2021 Illinois Climate and Fair Employment Act is an attempt to acknowledge this reality. It allocates money and other resources to communities whose economies have relied on fossil fuels. It also provides funding for renewable projects and job training in places overburdened by past pollution, which tend to be predominantly black or brown.

“It’s about involving the community in fundraising and implementing their destination,” said JD Dixon, an environmental justice organizer for United Congregations of Metro East.

Many of the programs under this act are far from their final formwhich makes it difficult to assess their effectiveness.

This adds an extra layer to the challenge of building community buy-in for changes that will almost certainly affect how individuals go about their day-to-day lives, Burton said.

“Show them somewhere it’s happened before,” he said. “Otherwise you denigrate, you don’t take seriously people who are trying to feed their families, to raise their families. You tell them to join esoteric projects.

Eric Schmid covers the Metro East for St. Louis Public Radio as part of the Journalism Fellowship Program: Report for Americaan initiative of the GroundTruth project.