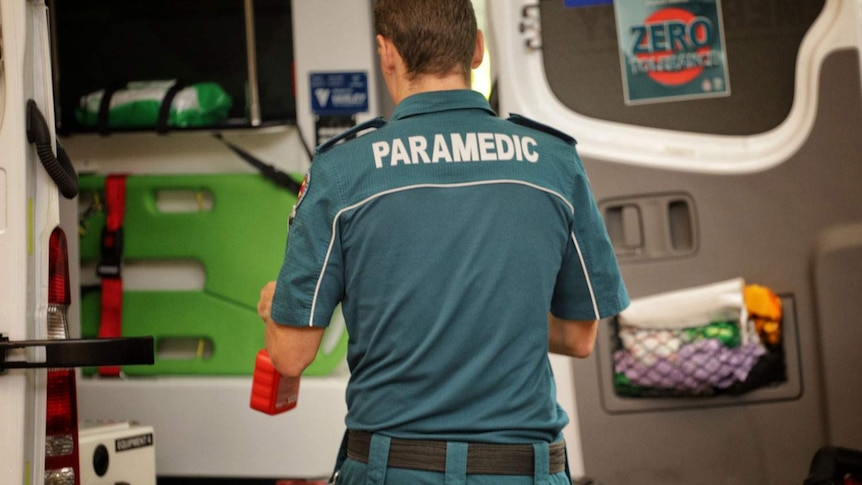 Queensland Health Minister Yvette D’Ath has dismissed claims that the state ambulance service executive is ‘missing’ as a paramedic group warns the service is ‘on its knees ” in the middle of the Omicron wave.

The Australian branch of the Australian Paramedic Association of Queensland slammed the Queensland Ambulance Service management team on Tuesday, demanding the early return of Commissioner Craig Emery after a month’s leave.

In a letter released Tuesday, the APA said the ambulance service was “on its knees” with paramedics working shifts longer than 12 hours, asked to cancel leave, attend calls alone and address PPE shortages at stations.

APA manager Kim Fazackerley told ABC Radio Brisbane there had been wait times of up to six hours for urgent ambulance calls and up to 6 p.m. for lesser calls. urgent.

“What we’re hearing from paramedics on the front line is that shifts aren’t filled, they can’t take their breaks on shifts, they go 12 hours without any sort of meal break or rest,” she said.

“We need more frontline resources to help deal with this pandemic.”

Ms. Fazackerley said the APA wants Mr. Emery to shorten his leave and return early to give paramedics leadership and transparency over the coming weeks, and to recruit more qualified paramedics and students to fill in the gaps.

LIVE UPDATES: Read our blog for the latest news on the COVID-19 pandemic.

On Wednesday morning, Health Minister Yvette D’ath said it was “simply not accurate” to say Mr Emery was unavailable.

“These claims I’ve seen that he’s missing and he’s not involved, he’s not getting any briefings, [are] completely inaccurate.”

“She has been relieved several times as Acting Commissioner and there is no doubt that she is more than capable and competent to fulfill this role currently,” Ms D’Ath said.

United Workers Union National Ambulance Coordinator Fiona Scalon said that while “the optics are not great” for Mr Emery to be on leave, he “has been available while on leave, taking all of our calls during this period and doing what needs to be done.”

“We are less concerned about who is in the highest position and more concerned about advocating for more ambulance and health resources needed on the ground now,” she said.

“The healthcare system is not adequately resourced; it was already struggling and now this extra layer that we’ve seen with COVID is really putting things under pressure.”

Ms Scalon said the union had been warning authorities for 18 months that the system needed more resources.

“Ambulance staff are well prepared for what is being described as a multiple casualty incident, but what we do know is the system is in trouble,” she said.

“Our members are tired and feeling the strain with the peak not expected until late January to mid-February and having worked in peak conditions for the past year and a half with the way the healthcare system has done face.”

What you need to know about the coronavirus: