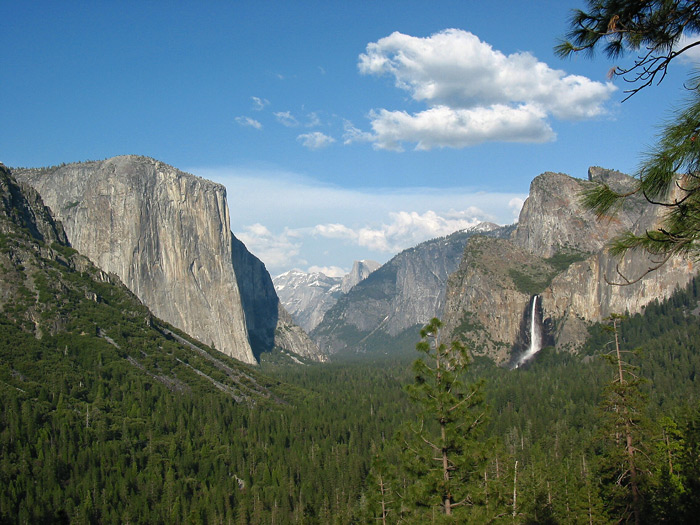 “This budget would reinvest in our parks and begin to lift them out of the money pit they have been trying to dig for over a decade.” – Theresa Pierno, President and CEO of the NPCA

March 29, 2022 – Washington, DC – On Monday, President Biden released his detailed budget proposal for fiscal year 2023, calling for a much-needed increase of nearly $342 million (a 10.5% increase) for the National Park Service (NPS). This increase would help bring up to 1,500 employees back to the NPS and provide critical investments to address the worsening climate change crisis facing our parks and communities. For years, the NPCA and our members and supporters have spoken out to ensure our parks and parks staff are taken care of, and today, the administration’s historic proposal demonstrates that we have been heard loud and clear. and strong.

National parks continued to break attendance records last year, even during the ongoing pandemic. But the increase in visits continues to be at odds with dwindling staff capacity, based on inadequate congressional investments. President Biden’s budget would ensure better support for parks and park visitors by allowing the NPS to hire desperately needed staff, potentially restoring half of the more than 3,000 staff lost over the past decade.

Additionally, President Biden is proposing more investment to address the climate crisis facing our parks and communities, pushing for green infrastructure and clean energy with a commitment to fight climate change. environmental injustice. The President’s budget proposal is a big step forward and meets the needs of Americans, who more than ever agree on the need to fight this crisis. In fact, a new national poll by the NPCA found that a strong bipartisan majority of Americans view parks as part of the solution to combating climate change. And a majority of Americans (83 percent), regardless of political affiliation, would be likely to support their representative in Congress who backed a bill to reduce the impact of climate change on national parks.

The administration’s budget also includes a $2.3 billion increase (an increase of nearly 24%) for the Environmental Protection Agency (EPA), the agency responsible for implementing and enforcing laws. such as the Clean Water Act and the Clean Air Act so that we can breathe clean air. and swim in clean, pollution-free water. This increase would help protect and restore the landscapes and waters on which our parks and gateway communities depend, as well as replenish approximately 1,900 EPA employees.

Additional park provisions in the President’s Budget include:

After a six-month delay, Congress finally passed the fiscal year 2022 budgets earlier this month, providing only a modest 5% increase to the NPS budget. Congress must build on these investments and ensure that park staff have the resources they need to provide exceptional visitor experiences and protect the irreplaceable natural and cultural resources of our parks.

“As we’ve seen time and time again, when we make national parks a priority, our communities and our economies benefit. That’s why we’ve continued to fight for our parks, pushing the administration and Congress to support them by passing a budget that gives parks staff the resources they need. Today’s budget proposal shows that we have been heard.

“In the midst of the ongoing global pandemic, our national parks continue to set attendance records, but their funding has not kept pace. This budget would reinvest in our parks and begin to lift them out of the financial pit they are trying to to dig for more than a decade.

“Parks have been forced to cut thousands of staff, halt visitor education programs and delay much-needed climate research and conservation. Park staff are repeatedly asked to go above and beyond their required tasks, and they do, multitasking as janitors, maintenance workers, traffic controllers, and searchers and rescuers. And the best way to show our gratitude to those who dedicate their careers to protecting our most precious places is to finally fund the parks as they should be.

“In addition to staffing issues, climate change is affecting parks from every angle and bringing many to breaking point. Rising temperatures are drying up rivers and lakes in parks, washing away essential water sources for plants and animals, destroying irreplaceable cultural sites and putting pressure on already failing infrastructure. We know that even though our parks are being hit hard by the climate, they too can be part of the solution, but resources and people are needed to make real change.

“To protect our parks and the history of these lands and its people, we must provide the resources they need, and fast. The administration laid the groundwork, now it’s up to Congress to step in and provide the solid funding our parks, our rangers, and the American people need.

About the National Parks Conservation Association: Since 1919, the nonpartisan Association for the Conservation of National Parks has been the leading voice in saving our national parks. The NPCA and its more than 1.6 million members and supporters work together to protect and preserve our country’s most iconic and inspiring places for future generations. For more information, visit www.npca.org.
Source: NPCA