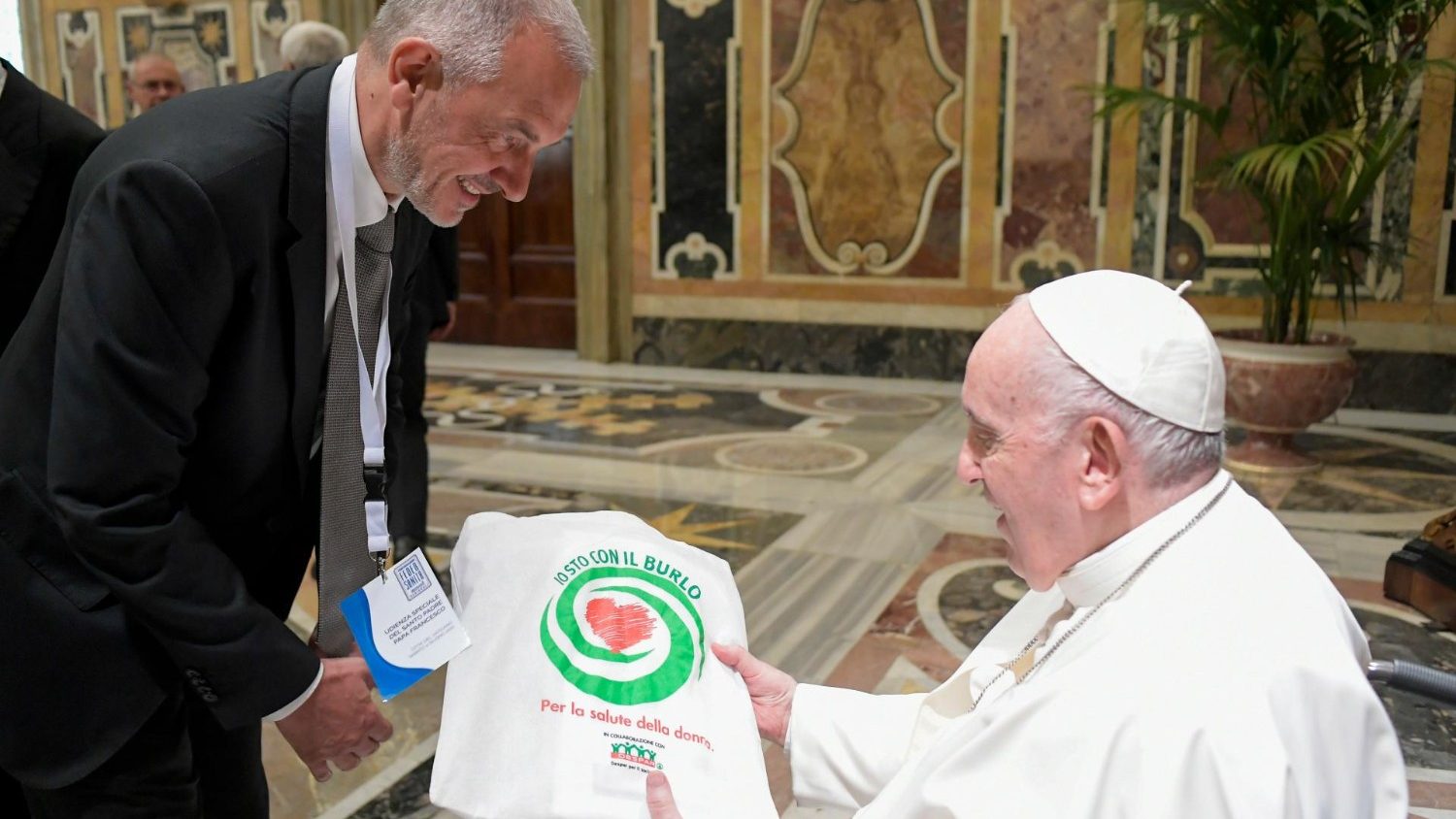 Pope Francis meets with the Italian health confederation “Federsanità”, and encourages them to ensure that everyone has access to adequate care.

The Italian ‘Federsanità’ is a confederation that brings together local health authorities, hospitals and scientific institutes for hospitalization and treatment, as well as representatives of the Association of Italian Municipalities.

The group’s objective is to promote policies aimed at fostering socio-health and social integration paths strongly oriented towards a new conception of the “care” of patients based on proximity, proactivity, personalization and participation.

It is on the basis of this identity that Pope Francis on Saturday offered three “antidotes” which, he said, “can help you to walk in the furrow you have traced”.

Addressing the delegation gathered at the Vatican, Pope Francis emphasized “proximity”, calling it an antidote to “self-referentiality”.

He notes that seeing oneself in the patient, “breaks the chains of selfishness, brings down the pedestal on which we are sometimes tempted to climb, and encourages us to recognize ourselves as brothers, whatever the language, the geographical origin, social status or state of health”. condition.”

“Ours is the God of closeness,” he said. Having this perspective, he continued, also means “breaking the distances, ensuring that there are no class ‘A’ and ‘B’ patients, circulating energies and resources to that no one is excluded from social and health care“.

He also pointed out that when a country loses its public health care, “it begins to make distinctions between the population; those who have access to it, who can have paid health care and those who are without health care. That’s why public health is your wealth, here in Italy: please don’t lose it,” he said.

Dignity of the person

The second antidote focused on wholeness, which opposes fragmentation and partiality.

“If everything is linked, we must also rethink the concept of health from an integral perspective, embracing all the dimensions of the person. Without taking anything away from the value of specific skills, curing a sick person means considering not only their pathology but also their psychological, social, cultural and spiritual condition.

The pope pointed out that “when Jesus heals someone, not only does he eradicate physical illness from the body, but he also restores their dignity, reintroducing the person into society and giving them new life.”

“A holistic view of care,” Pope Francis noted, “helps counter the ‘throwaway culture,’ which excludes those who, for various reasons, do not meet certain standards.”

He went on to say that in a society “which risks seeing the sick as a burden, a cost, we must put back at the center what is priceless, cannot be bought and cannot be sold, it that is, the dignity of the person”. .” Human life, he said, “must always be protected, from conception to natural end.”

The third antidote on which the pope insisted was the common good, as a remedy for the pursuit of vested interests.

“Even in the field of health, the temptation to allow the economic or political advantages of a few groups to prevail at the expense of the majority of the population is frequent.”

Focusing his attention on the pandemic, Pope Francis observed that it “taught us that ‘every man for himself’ quickly translates into ‘all against all’, widening the gap of inequality and increasing conflict.”

Instead, he insisted, “we must work to ensure that everyone has access to care, that the health system is supported and promoted, and that it continues to be free. Cutting resources for health care is an outrage to humanity.