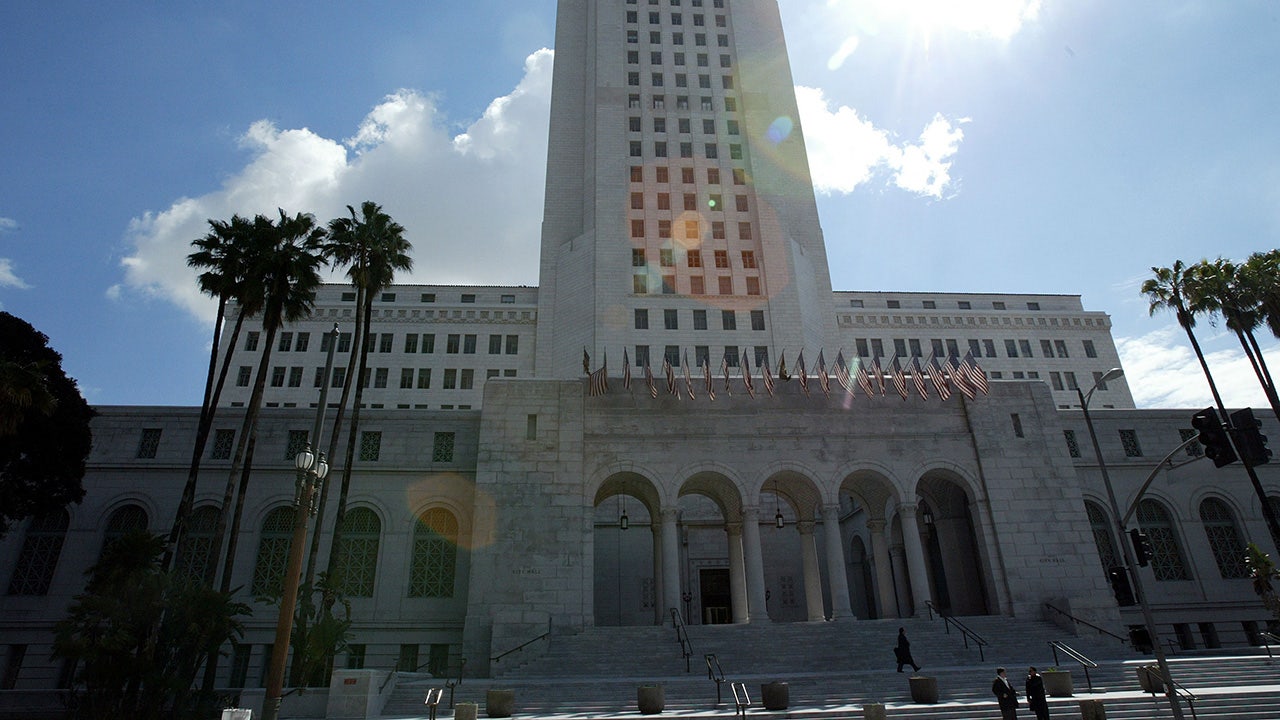 LOS ANGELES – The Los Angeles City Council voted on Friday to begin the process of adopting Kyiv, Ukraine, as a sister city of Los Angeles, which would allow Los Angeles to send goods removed from Kyiv such as trucks from firefighters and ambulances.

The motion, put forward by City Councilor Joe Buscaino, acknowledges this is ‘literally the last thing on the minds of Kyiv’s leaders’ – but calls for the Sister Cities process to be launched now in a show of support for the capital Ukrainian in the midst of the Russian invasion. . Buscaino added that the designation has the potential to bring benefits to kyiv, noting that Los Angeles sent surplus engines and road service vehicles from the Los Angeles Fire Department to its sister city Beirut, Lebanon, after the explosion of August 4, 2020 in its port.

The motion aims to speed up the process, which usually takes around a year and includes an official ceremony with the governments of the two sister cities. A timeline for a potentially expedited process was not immediately available, but the motion says moving forward with the designation “means the City (of Los Angeles) can more easily provide assistance to Ukraine in the coming months”.

Buscaino spoke ahead of the vote on Friday, saying: “We all watched in horror as the Russian army invaded the sovereign nation of Ukraine and the slow advance of Ukraine’s capital, kyiv.

“Even as local leaders, we want to say something, do something and act for a collective disapproval of this assault on humanity, striving to make a positive difference at this critical time in world affairs,” a- he added.

The motion was seconded by Councilor Nithya Raman and Councilors Paul Koretz and Mitch O’Farrell.

The next step in the process is to establish a steering committee that includes Ukrainian Americans in Los Angeles. Buscaino said anyone interested in joining the committee can contact his office or the chief legislative analyst at 213-473-5709.

Get your best stories delivered daily! Sign up for the FOX 11 Fast 5 newsletter. And get news alerts in the FOX 11 News app. Download for iOS or Android.

On March 8, the council unanimously approved a resolution strongly condemning “the flagrant actions of (Russian) President Vladimir Putin in ordering the invasion of Ukraine.”

The resolution — which was led by Councilman Paul Koretz and presented by five council members — also includes a call for international or federal divestment of all stakes and investments in Russia.

It further condemns Putin’s actions and those of any country that supports Russia, or supports Russian listed companies, real estate or private equity.

Tune in to FOX 11 Los Angeles for the latest news from Southern California.