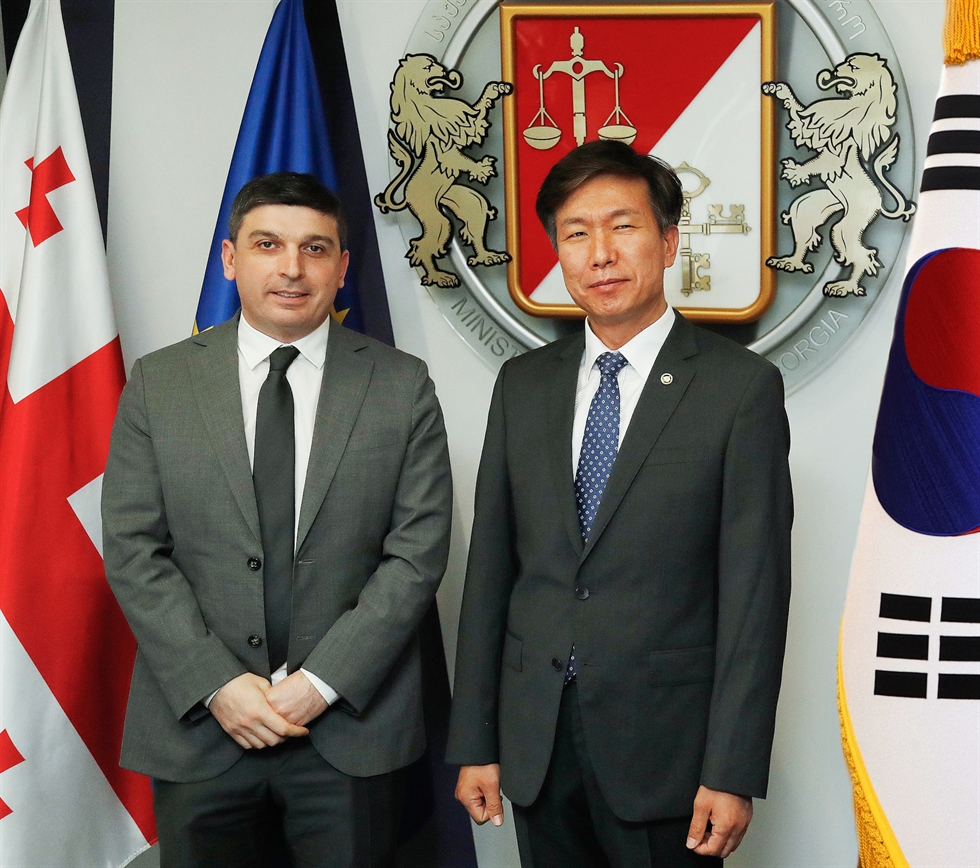 The Korean tax agency has shared its know-how in tax digitalization with the tax agencies of India and Georgia, which can reduce the risk of tax evasion and thus enhance taxpayers’ confidence in the tax system. tax system.

According to the National Tax Service (NTS), its commissioner, Kim Dae-ji, had a meeting with Levan Kakav, the head of Georgia’s Revenue Service, in the country’s capital, Tbilisi, on February 21. It was the first official meeting between the heads of the two countries’ tax agencies. Kim also had the sixth meeting of Korea-India tax commissioners with his counterpart, Tarun Bajaj, in New Delhi, India on Feb. 24.

The meetings come as the NTS has engaged in “diplomatic efforts” to seek sustainable growth in conjunction with other countries’ tax agencies.

India is a key partner for Korea in its New Southern Policy, a diplomatic initiative focused on Southeast Asia and India. While the two countries’ diplomacy became a “special strategic partnership” in 2015, bilateral trade hit an all-time high in 2021 as Korean companies invest heavily in the country. However, the increase in economic exchanges has also led to conflicts and uncertainties over the taxation of Korean companies operating in India.

The heads of the tax agencies of Korea and India have achieved a significant achievement in solving the problem of double taxation of Korean companies operating in India. Kim stressed that tax issues should not hamper businesses, to promote bilateral trade and investment. He placed particular emphasis on the prevention of double taxation of businesses by using mutual agreement procedures or advance pricing arrangements, which aim to solve tax problems in international transactions through consultation between tax agencies. They agreed that the two sides should cooperate more to effectively help companies facing tax problems so that they can make stable investments and focus on management, and Kim also thanked his Indian counterpart for running an office. tax advice for Korean companies.

The Korean and Indian tax chiefs also agreed on close coordination to tackle overseas tax evasion. The subject has been one of the main items on the agenda of the Indian tax authority since October 2021, and Korea shared its know-how and suggested to exploit a communication channel for the exchange of timely information.

Korea and Georgia have also boosted economic cooperation under President Moon Jae-in’s administration’s New Northern Policy, particularly in the areas of resource development and infrastructure investment. Since joining the OECD Tax Administration Forum in 2018, the Georgian Tax Agency has taken particular interest in the digitalization of taxation in Korea.

Kim introduced his Indian and Georgian counterparts to the digitalization of taxation in Korea. He suggested ideas such as using blockchain technology and big data to tackle tax evasion, as well as a virtual tax agency using the metaverse and an AI-based tax secretarial service. Tax chiefs agreed that digitization should be the key word moving forward to provide better service to taxpayers while reducing the possibility of tax evasion and gaining more taxpayer confidence .