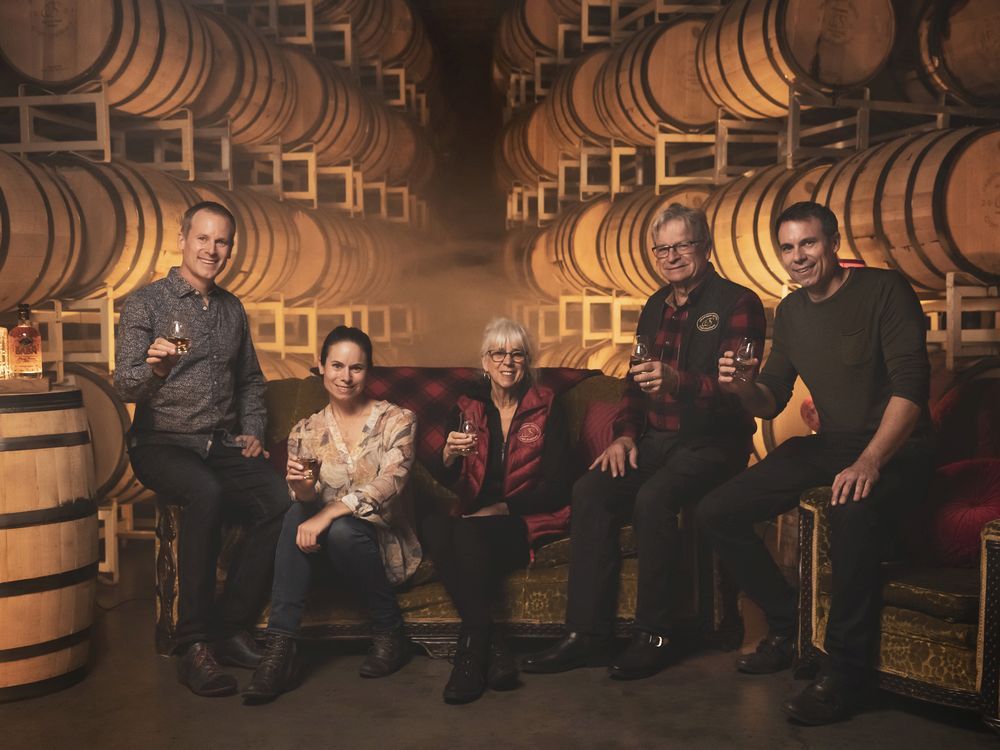 Reviews and recommendations are unbiased and products are independently selected. Postmedia may earn an affiliate commission on purchases made through links on this page.

You’d think owning a distillery would be a lucrative job, especially during a global pandemic that has us all hunkered down at home, drowning our sorrows and experiencing ‘quarantinis’. But it’s, well, complicated.

“In reality,” says Tyler Dyck, “spirits always get kicked in the teeth.”

Dyck is the CEO of Okanagan Spirits, BC’s first craft distillery, founded in 2004, and is also president of the Craft Distillers Guild of BC and the new Canadian Craft Distillers Association. If anyone understands the frustrating financial realities of craft distilling in Canada, it’s him.

While we master Wordle and baking sourdough, he negotiates with the provincial and federal governments. (They deal with separate issues, but, Dyck notes, “they overlap on each other.”)

And while things aren’t quite where he’d like them to be, he feels more optimistic than he has in years.

“Today’s climate is about supporting the local,” he says. “If we don’t support the local, we don’t have a robust local economy that can support us when we need it. It just takes a little longer to connect the dots.

By “a little longer,” he means years, not months. In 2018, an advisory committee submitted 24 alcohol policy recommendations to the provincial government. It just reached No. 16 on the list.

At stake is “balancing the inequities between the deals,” i.e. ensuring that craft beer, wine and spirits are all treated equally. At present, this is far from being the case, whether in terms of taxation, production or promotion.

For example, says Dyck, “There’s still virtually no presence (of local craft liquors) in BC liquor stores and that’s been a real challenge.”

He notes that BC Liquor Stores initially didn’t want to showcase BC wines either, until the provincial government demanded it.

“But look what it’s done over time,” he says.

He is confident that local spirits will have a similar presence — eventually — and that will reassure consumers that the products are worth it.

“I think we’ll get there in the next half-decade,” he says. “The conversation starts with just knowing they’re there.”

But perhaps an even more important conversation is the one taking place at the national level, which concerns the excise tax imposed on products like fuel, tobacco and alcohol.

Craft distillers currently pay $3.81 in excise per 750 milliliters of alcohol produced, while craft beer makers pay just 2 cents per 750ml and winemakers pay none. Canada’s small distillers are asking for a lower rate and a tiered tax structure similar to that of small brewers.

This is more important than ever, because in 2019 American craft distillers got a lower excise rate and now pay one-seventh of what Canadian craft distillers do. This energized the US market. Hundreds of new distilleries have opened since the tax was lowered. Those that already existed are making more money, creating more jobs, and investing in better equipment, leading to better products that sell for less than ours.

“It effectively outperforms us in our own market,” says Dyck.

He is encouraged, however, as for the first time, more than 250 craft distillers across Canada are speaking with one voice, thanks to the recent formation of the Canadian Association of Craft Distillers, which launched a petition and campaign called Lift Canada’s Spirits (LiftCDNSpirits.com).

“What it did was make people realize that there are more people involved in this than we thought,” Dyck says. “It’s something where we can go back to government and say, ‘This is not a motley crew. We represent 250 distilleries, which is a strong advocate for agriculture in Canada. So you better listen when it comes to excise. ”

This agricultural support is essential.

In British Columbia, craft distilleries must use 100% BC agricultural products in their spirits. This includes everything from grains to grapes, tree fruits, plants and even seaweed, harvested from all parts of the province. And, because spirits are so highly concentrated, they use far more of this agricultural material than wine – six times as much for the same volume of liquid.

“We are intrinsically linked to the Canadian agricultural economy,” says Dyck. “This is great news for BC, how gin made from BC fruit is fueling BC’s economy.”

He strongly believes that making things fairer for craft distilleries will lead to “a massive, massive creation of growth in regions of Canada” and adds, “You have to stay optimistic about that. »

Sign up to receive daily news from the Vancouver Sun, a division of Postmedia Network Inc.

Thank you for your registration!

A welcome email is on the way. If you don’t see it, please check your spam folder.

The next issue of Vancouver Sun Headline News will soon be in your inbox.

We encountered a problem during your registration. Try Again