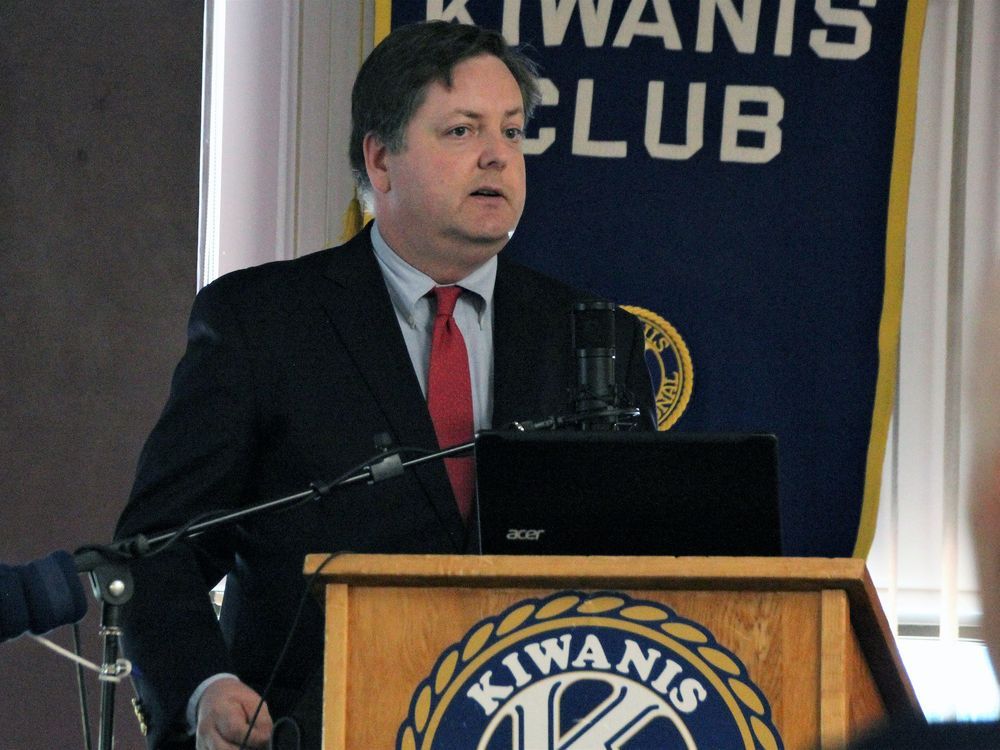 On Tuesday, Mark Russell caught the attention of members of the Golden K Kiwanis Club of Sarnia-Lambton.

On Tuesday, Mark Russell caught the attention of members of the Golden K Kiwanis Club of Sarnia-Lambton.

The Sarnia-Lambton provincial candidate for the Ontario Liberal Party was one of four guests at the second of two Q&A sessions hosted by the service club days before the June 2 election.

“Good for you, but too bad for the other contestants that they couldn’t attend,” Wheeler told Russell.

Russell, who teaches computer programming and business at Lambton College, answered a variety of questions, many of which related to environmental issues.

The Liberals are committed to a long-term energy plan, including reversals of cuts to conservation programs, and “the right cost-effective mix of nuclear, hydro and renewables,” he said. .

There is no party incentive for electric vehicle purchases, he said in response to a question, but noted that there are plans to eliminate installation connection fees for rooftop solar charging panels and two-way electric vehicle charging infrastructure.

The party also plans to phase out the production of natural gas fires to make the power grid “100% clean” and has a goal of net zero emissions by 2050, he said.

“We know that over the past two decades electricity prices have risen too much too quickly, including under the last Liberal government,” he said, bragging about the billions of dollars invested in phasing out coal and make the provincial system more reliable.

The former Sarnia City Council candidate and avid ax and knife thrower – who said he has partnered with Sarnia-based Valley Axe, to franchise its league system around the world – says he biked to work in the summer and drove a compact car to keep his personal carbon footprint small.

He also noted a Liberal plan to plant 800 million trees, targeting “major green belt projects”, but said he was unaware of any plans to ban plastic bags.

“But I think it makes a lot of sense. I would support that,” he said in reference to a question about a similar ban in Prince Edward Island.

Bob Bailey of the Progressive Conservative Party, Keith Benn of the New Blue Party and Dylan Stelpstra of the New Democratic Party attended the May 24 meeting hosted by the club.