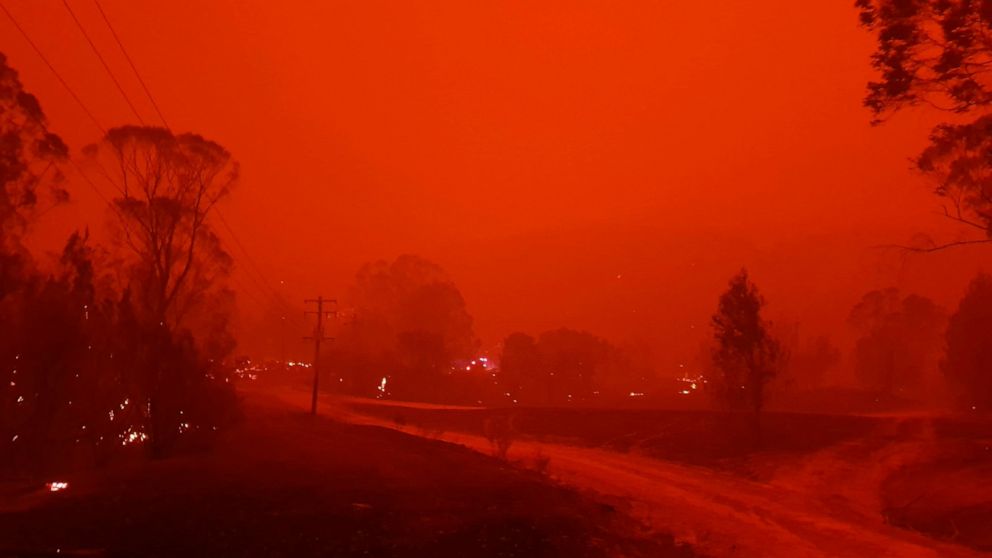 LONDON — After another year of extreme heat and melting ice caps, environmental issues are now seen as the top five long-term risks facing the global economy, organizers of the elite gathering said on Wednesday. next week in the Swiss resort of Davos.

Citing a survey of more than 750 key decision makers, the World Economic Forum said catastrophic trends such as global warming and the extinction of animal species would be the focus of next week’s meeting.

But as the environment has risen to the top of policymakers’ priorities ahead of risks such as cyberattacks and recession, concerns are compounded by growing international divisions, evident in disputes like the trade war between the United States and China.

“The political landscape is polarized, sea levels are rising and climate fires are burning,” said Borge Brende, president of the World Economic Forum.

“This is the year when world leaders must work with all sectors of society to repair and reinvigorate our systems of cooperation, not just for short-term benefits, but to address our deep-seated risks.”

Brende said the world has a decade to address the climate emergency, and failing to do so within that time would be like “moving deckchairs on the Titanic”.

Respondents in the WEF’s Global Risks Report 2020 identified economic disputes as the number one risk to the global economy this year. For the longer-term outlook, however, environmental concerns were the top five risks.

The results illustrate how environmental issues have become more important to the public and policy makers, especially after the campaign efforts of Swedish teenage activist Greta Thunberg and the group Extinction Rebellion. Evidence of a man-made climate emergency is mounting, from wildfires in Australia to heat waves that made 2019 the second hottest year on record on Earth and the past decade as a whole the hottest. hot.

The biggest long-term risk cited in the report was the possibility of extreme weather events, such as floods or storms. Others were failure to properly plan for climate change, human-made environmental disasters such as oil spills, major loss of biodiversity, and natural disasters such as earthquakes or tsunamis.

The pressure to change things is not just on the heads of government. Business leaders are also facing calls to change their business models to set aside anything that could make climate change worse.

“There is increasing pressure on companies from investors, regulators, customers and employees to demonstrate their resilience to growing climate volatility,” said John Drzik, president of Marsh & McLennan Insights. , who, together with Zurich Insurance Group, helped the WEF compile the report.

“High-profile events, like the recent wildfires in Australia and California, are adding pressure on businesses to take action on climate risk at a time when they also face greater geopolitical challenges. and cyber risks.”

The trend was highlighted this week when BlackRock CEO Laurence Fink said his firm, which manages some $7 trillion for investors, will put climate change and sustainability at the heart of its approach to investment.

“When your stakeholders align, I think there’s an impact on CEOs, regardless of their underlying philosophy,” Drzik said.

The annual gathering of business and political elites in Davos can help in this process, he said, as it brings together “influencers from sectors who need to work together”.

The annual meeting in Davos has been criticized over the years by those who say it is just a chat room for executives who fly in their private jets to take advantage of the winter snow.

Adrian Monck, Director General of the WEF, defended the role of his organization in the face of climate issues. He noted that most people traveling to Davos depart from Zurich by train. He also pointed out that the WEF has carbon offset programs and that biofuels are available at Zurich airport for those who opt to fly.

“It’s something we take very seriously,” he told a press briefing in London. “There is nothing worse than an organization identifying a risk and doing nothing about it.”

US President Donald Trump, who has taken a more one-sided approach to international issues than his predecessors, is expected to be a main focus next week, alongside Thunberg, who is coming to the forum for the second straight year. .