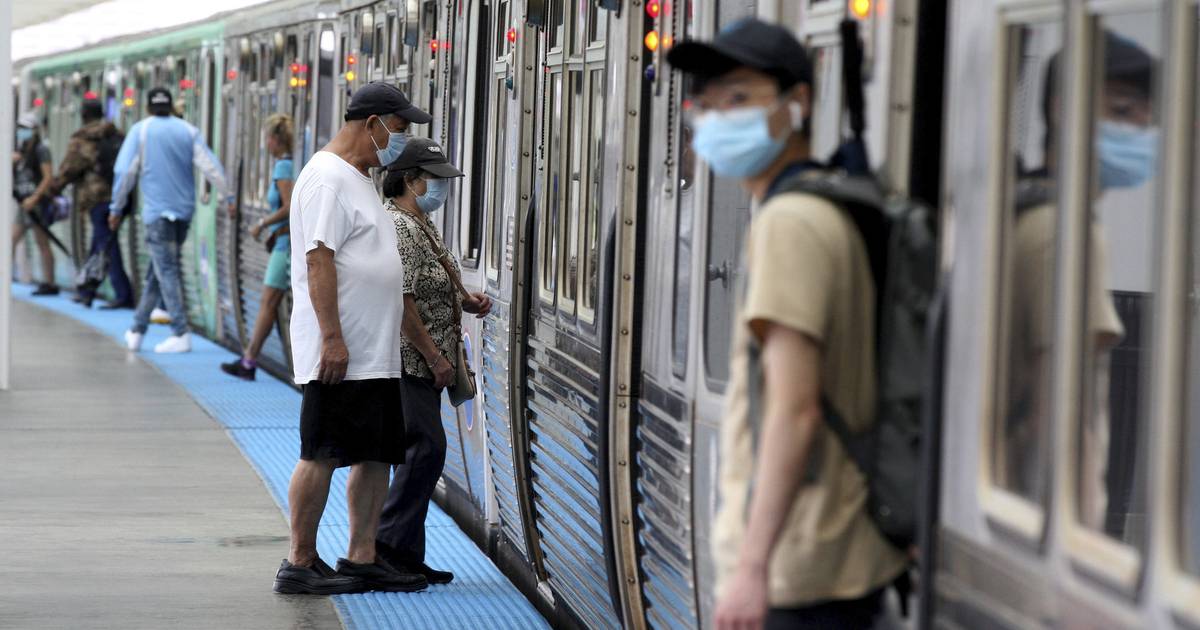 The Chicago Police Department is “committed to ensuring the safety of people using the CTA,” Superintendent David Brown said at a news conference Monday after a man was fatally shot and killed on the red line at the weekend course.

Brown said the department’s police officer deployments to the transit system are “strategic and data-driven” and officers are being pulled from office duties to help meet demand. Despite the recent fatal shooting, Brown pointed out that CTA crime was down 43% from 2019 numbers before the pandemic, but the number of crimes was up from last year.

“A single incident can color everything we do,” Brown said. “We are committed to adding more and more resources to do whatever it takes to make sure our CTA is safe.”

The 29-year-old was fatally shot just after 2 a.m. Saturday on the first block of West 79th Street while riding the red line, Chicago police say. The man was taken to the University of Chicago Medical Center, where he died of multiple gunshot wounds at 2:33 p.m., according to the Cook County Medical Examiner’s Office.

The man has not yet been identified, according to the medical examiner’s office.

No arrests have been made, police said.

“We are asking all CTA residents to report anything suspicious they see so that we can respond,” Brown said.

Brown would not specify the specific number of officers deployed at CTA, citing security concerns.

At a press conference on Saturday, CTA President Dorval Carter Jr. said the fatal shooting was a “senseless act of violence that has no place anywhere in the city, especially not at CTA.” .

The CTA is “doing everything it can to stem this egregious act of violence,” Carter added.

The best stories from the editors of the Chicago Tribune, delivered to your inbox every afternoon.

Brown on Saturday announced that another team of Chicago police officers would be added to the CTA. The CTA will also bring back teams of K-9 security guards, Carter said.

Police and CTA officials announced plans on March 9 to tackle crime and rule-breaking. They planned to double the number of unarmed security guards and add more police and supervisors to patrol the transit system.

This isn’t the first time K-9s have been used for CTA security. In 2019, the CTA canceled its contract with a security company that was struggling to train its guards in handling dogs, and the transit agency decided it would no longer use dogs to deter crime. . The change came after the CTA learned that most dog handler applications for guards were deficient.

Chicago-based security agency AGB Investigative Services began providing canine security teams on CTA trains and platforms in May 2019, taking over from a previous company. But the CTA terminated what was to be a two-year contract in August 2019. After firing the dogs, a CTA spokesperson said: “We don’t believe the dogs are the greatest deterrent.” efficient “.

According to Tribune records, the CTA hired more than 50 dogs — German shepherds, Doberman pinschers and Rottweilers — to patrol the transit system in the late 1980s.