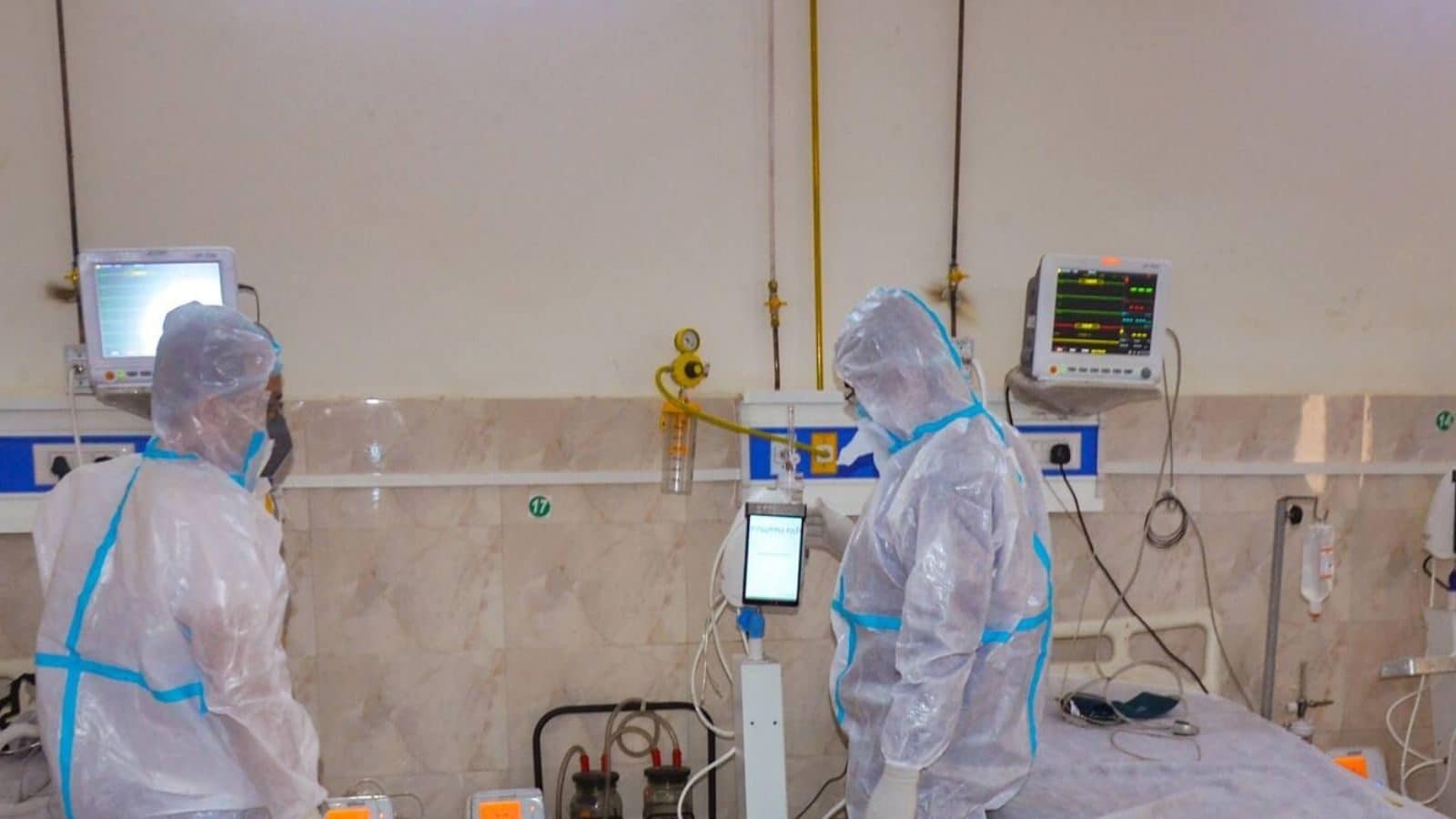 Over the past 10 days, the number of Covid-19 cases has increased tenfold in Jammu and Kashmir, prompting doctors to raise a red flag and the administration to act decisively.

From 250 positive cases per day last week to 2,456 on Friday, the proliferation of the virus has been deeper in the cities of Jammu and Srinagar with 40% recorded in the two major cities.

“We are already in a third wave. There has been an exponential increase in cases. In the past three days, cases have exceeded 1,500. The increase in transmission means that the occupancy of hospitals will increase,” Dr Mir Mushtaq from the Kashmir Health Directorate told News18.

“Transmission of the Omicron virus is rapid but we are focused on stopping the virus regardless of the variant,” he said.

Doctors say the two dozen cases of the omicron variant detected in recent days will have an impact. “The chances of transmission of omicron are three times higher than the delta variant. More people will be infected by the index case. This will lead to more patients and an overload of medical resources,” noted Dr. Saleem Iqbal, professor of surgery at Government Medical College.

Dr Naveed Nazir, a leading pulmonologist, in a video call told people to stick to proper Covid behavior to limit infections and prevent the collapse of healthcare.

“The cases are increasing exponentially. Over the next few weeks, we expect an increase in cases. The spread of the infection is fast but the severity of the disease is very less compared to the last two waves,” said Nazir, who is also a department head at the Chest Diseases Hospital. The hospital has seen a nominal increase in occupancy.

In Kashmir, the hospital occupancy rate is only 5.84%, but doctors say it will increase as they expect the number of cases to rise. Out of a total capacity of 2,740 beds, only 160 are occupied. “That could change in the coming weeks,” they warn, adding that the infection is in the community.

After omicron’s detection, the health department began aggressive testing. On Thursday, despite unfavorable weather in Kashmir, 40,000 covid tests were carried out and 64,000 carried out on Friday.

Meanwhile, the administration announced the start of the third wave of Covid-19 and measures to contain it. Kashmir Divisional Commissioner PK Pole has called for OPD and elective surgeries to be held in some hospitals to avoid overwhelming health facilities following the expected upsurge in Covid-19 cases.

Pole directed to set up triage centers – two in each of the 10 Valley districts, sparing staff and logistics and a medical team that would take a call on referred patients.

Special beds and rooms for Covid-19 positive pregnant women would be set up. District magistrates were told to set up war rooms to handle cases.

The administration also called for increased testing, identification, isolation and micro-containment of infection in addition to accelerating the vaccination campaign in the 15-17 age group. There is also a focus on giving booster doses to the elderly, healthcare workers and frontline workers as part of ‘Har Ghar Dastak’.

Read all the latest news, breaking news and updates on coronavirus here.