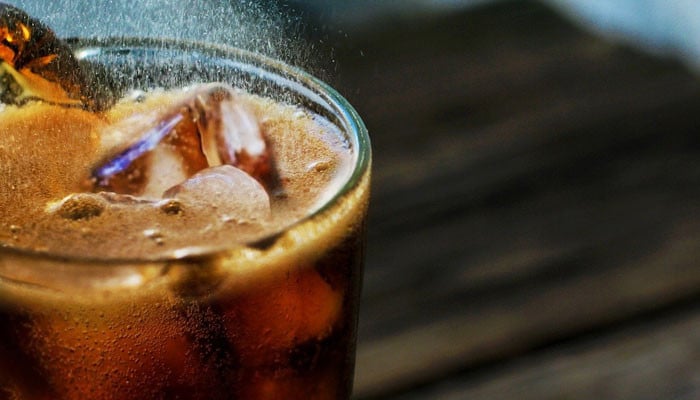 KARACHI: Despite struggling to collect adequate taxes to run the country, the government is unwilling to raise taxes on sugary drinks (SSB) under pressure from powerful corporations, experts said Thursday of health, saying that despite an increase in taxes on all consumer products, taxes on sugary drinks have not been increased for three years.

“We learned that beverage company officials were misleading and urging authorities not to raise taxes on sugary drinks. But it is well established that high consumption of sugary drinks is one of the main causes of obesity, diabetes, heart disease, some types of cancer, liver and kidney disease and dental caries, and Keeping these facts in mind, national and international bodies are urging the Pakistani authorities to increase the federal excise duty on sugary drinks from 13 to 20 percent in the budget for 2022-23, but unfortunately, these demands make deaf ears,” said Professor Abdul Basit, Secretary General of the Diabetics Association of Pakistan. (DAP) while speaking to The News.

Several other health officials in the capital confirmed to The News that beverage company officials had several meetings with the finance minister and FBR officials and claimed that instead of obesity and diabetes, “stunting was Pakistan’s biggest health problem” and warned that if taxes on sugary drinks increase, it will flood the market with counterfeit drugs.

Professor Abdul Basit, who has become a strong supporter of improving sugary drinks in Pakistan, said the International Diabetes Federation (IDF) has been urging the Pakistani government for many years to increase excise duty on drinks sweetened at 20% and to expand the category beyond its current definition.

“There is a consensus among local and international health bodies that increasing the taxation of sugary drinks has proven to be an effective tool in the fight against weight gain and diabetes in Southeast Asia. and in the Middle East and North Africa (MENA) region of IDF,” Prof. Basit said. but claimed that under pressure from powerful drinks companies, the government was reluctant to raise taxes on sugary drinks. The renowned diabetologist said the number of people with diabetes in Pakistan has increased from 19.4 million in 2019 to 33 million in 2021.

“More than 10 million people are pre-diabetic in Pakistan and if no urgent policy action is taken, the number of people with diabetes will increase to 62 million by 2045. More than 400,000 deaths are attributed to diabetes or to its complications. Nearly 1,100 daily newspapers,” he said.

They supported the DAP’s request to increase excise duties on sugary drinks. “DAP wrote to you [Patel] on April 27 through its Secretary General, Professor Abdul Basit, a former IDF Board Member and Trusted Advisor on Diabetes in Pakistan and other countries in the region,” it reads. in the letter.

IDF officials said the complications of diabetes are life-threatening and place an enormous burden not only on the individuals and families affected, but also economically at the local and national levels.

They said that with more than a third of adults in Pakistan obese or overweight, the risk of diabetes and other health problems is increasing. “As we emphasized in our communication last year, the government is advised to seriously consider tax policies that reduce the consumption of health-damaging goods and encourage citizens to make healthier choices.”

They said the number of people with diabetes worldwide has risen from 108 million in 1980 to 543 million today, making diabetes one of the world’s leading causes of premature death.

“We estimate that diabetes was responsible for 63 million deaths in 2021, almost half of which could have been prevented with a healthy, balanced diet and regular physical activity, or delayed with early detection and intervention. .”

They pointed to the increasing availability of ultra-processed and sugary foods, as well as reduced physical activity and higher incomes, which are often associated with increased consumption of unhealthy foods, as all contributing factors.